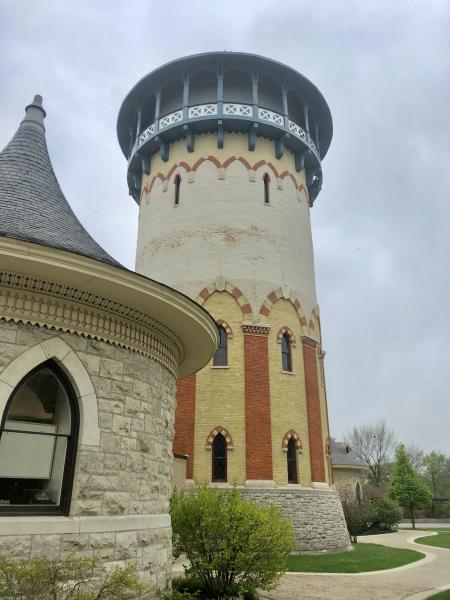 For my job, I ride a lot of Metra trains. Just about every line, passing nearly every station. Occasionally, I’ll see something from the train window that really catches my eye, and I’ll make a mental note to look into it later. A new brewery, a landmark I hadn’t noticed before, or an odd, but intriguing, business (hello, trampoline park in the West Loop!). It’s not typical that a water tower would really drive me to explore a town on a free afternoon, but, then again, the Riverside water tower isn’t your typical banal white structure. It looms over the Metra train station, looking vaguely like it was constructed as part of a medieval defense system. I didn’t even know it was a former water tower until looking it up after the fact. It wouldn’t have surprised me if it was constructed solely for its aesthetic value alone, as it is simply a cool looking town centerpiece. 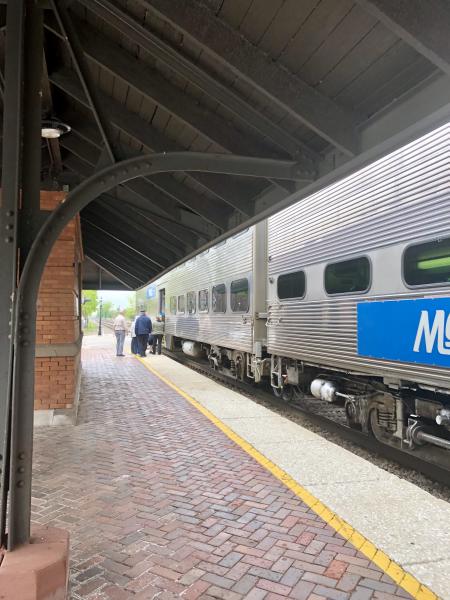 So, for the first #NowApproaching day trip, I decided on Riverside. Getting off the train at Riverside depot, you can’t miss the water tower adjacent to it. Two well houses flank the tower, equally striking in style if not size, and they house a museum that is open on Saturdays. The entire village, designed by the father of American landscape architecture, Frederick Law Olmsted, was made a national historic landmark in 1970. A single day spent walking through in the village’s tree-lined streets did not disappoint. Take a quick walk throughout the downtown area to soak up the charming architecture, as the village maintains its unique feel well past the area immediately surrounding the station. 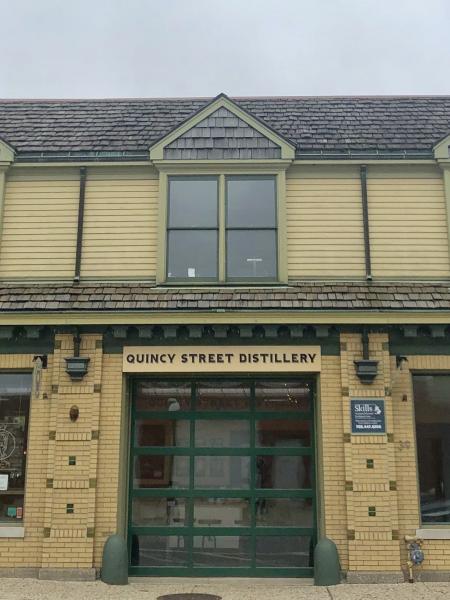 A healthy variety of small businesses just steps from the station will keep you occupied and well fed during your day trip here. Aunt Diana’s Old Fashioned Fudge Shop was especially busy on the Saturday I visited, and I’d be remiss not to mention the Quincy Street Distillery, which alone may be worth the trip for some.

Before catching a train home—there are several inbound or outbound options throughout the day—take a quick walk to the river. It is Riverside, after all. There’s a small but pleasant river trail within walking distance of the station, perfect for walking off all the fudge you enjoyed... or perhaps clearing your head after that old fashioned.