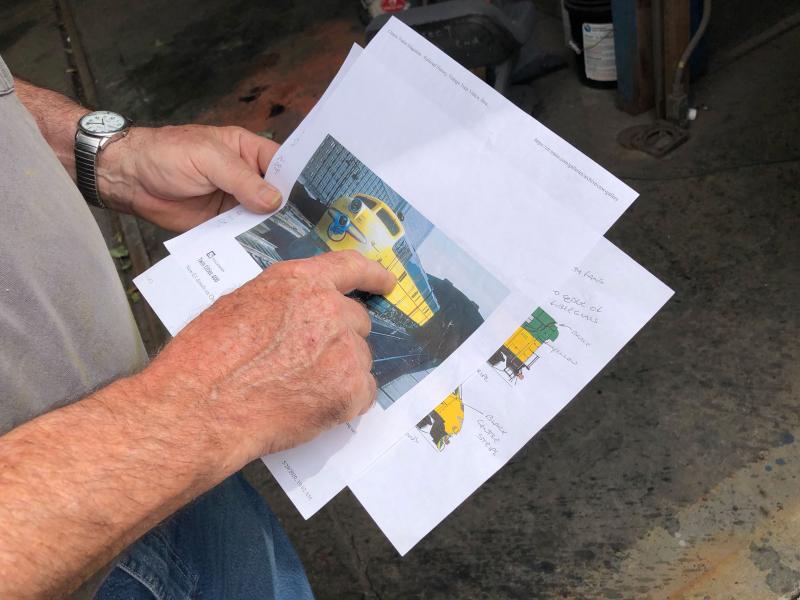 Designing a heritage locomotive isn’t about recreating the past but honoring and preserving history while merging it with the new. Perhaps the most obvious example of that philosophy is on the nose of the Chicago & North Western unit Metra unveiled in August.

Chicago & North Western (C&NW) began using an emblem in the late 1930s that would be seen on the noses of its locomotives for decades to come. The emblem consisted of a silver, black and red oval extending like wings over a hoop below that circles the railroad’s Chicago & North Western logo. The emblem adorned the lower of two headlights on the locomotive’s nose. Being such a prominent feature, the emblem was all but necessary for Metra’s heritage unit.

But the F59PHI locomotive Metra selected for this special – mostly yellow and green – paint job, doesn’t have two stacked headlights, they have two horizontal ones. So how could Metra incorporate this quintessential design feature of the C&NW, the predecessor of today’s Union Pacific, on a modern locomotive? 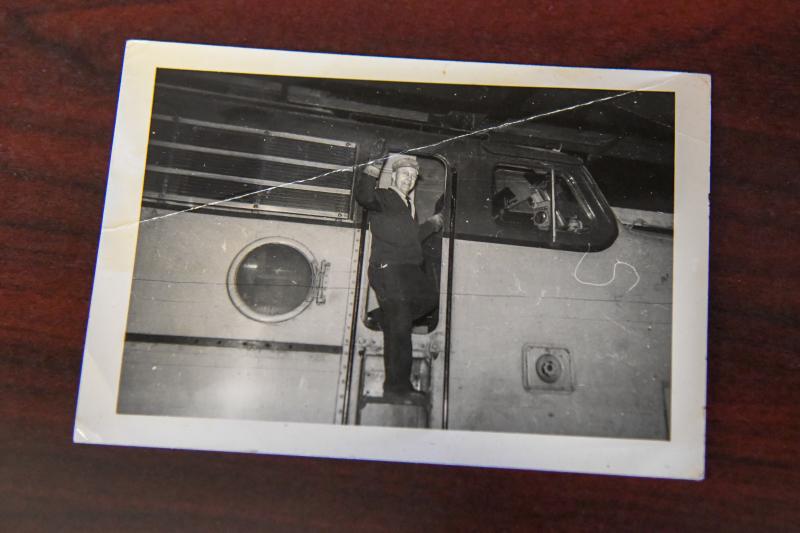 The Mechanical team designing the locomotive considered several options, including placing a decal of a headlight with the emblem and logo on the nose. They solicited feedback from both Metra and UP employees and studied several photographs, including one sitting on Chief Mechanical Officer Kevin McCann’s desk. It’s a photograph of his great grandfather, Nelf Madsen, a C&NW locomotive engineer for 46 years, boarding a C&NW F7 at the M19A diesel shop in 1956.

Ultimately, the team embraced features of Metra’s modern locomotive while preserving the character of the units that inspired its design. The F59PHI’s horizontal headlights and number boards were incorporated into the emblem. It was sent to Metra CEO/Executive Director Jim Derwinski, for his consideration and approval.

“It’s one of those touches of the old merged with the new that we try to do with a historical locomotive,” said Jason Thomas, a mechanical engineer on the design team. “Our whole design isn’t just to wrap an exact livery from a certain locomotive onto our locomotive. We distill the essence so you can see the old in it, but also the new.” 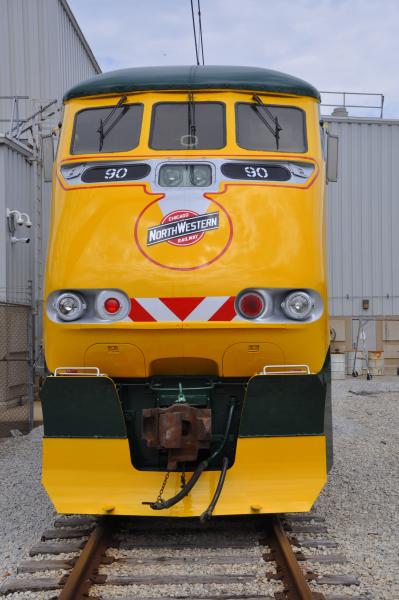 The C&NW was a major figure in the railroad industry since its formation in 1859, arguably the largest and most profitable in the Midwest by the early 1900s. It’s lefthanded operation (a remnant of its predecessor the Galena & Chicago Union Railroad) distinguished it from other railroads. C&NW was also responsible for many firsts in the industry, earning it the moniker “The Pioneer Railroad.” Many of these firsts are still in use today. For instance, it was the first to use a control cab car, which allows the train to be run from the opposite end of the locomotive. This push-pull operation is now used by all commuter railroads in the country.

The C&NW operated what are now the UP West, North and Northwest Lines until 1974, when the RTA took over operations through a purchase-of-service agreement. The C&NW ceased operations in 1995 when it was purchased by Union Pacific, which continues to operate commuter service under the same agreement with Metra.

Research plays a large role in the design of every heritage locomotive to ensure the colors and design elements are correct so that the unit honors the past and bridges the gap between old and new. For this unit, Metra turned to UP, which gave Metra special permission to use the C&NW logos and emblems on Locomotive 90. Of the many designs floated, one came from UP employee Mark Sanborn, who was recommended to be part of the project due to his knowledge of the C&NW. Sanborn is a general foreman who’s worked at UP for 16 years, volunteers at the Illinois Railway Museum and has a lifelong connection to C&NW.

“I was super excited to be involved in this project because I hold the C&NW in my heart because of my grandmother. She never owned a car, so wherever we went with my grandmother, we took the train. For me, this is very special,” Sanborn said.

“For me, that represents C&NW as a whole instead of one particular time and that was important if we were going to do it right,” Sanborn said.

Next, Locomotive 90 went to the paint booth at Metra’s KYD facility. Once the paint was removed – including layers from its former life as an Amtrak locomotive used on the West coast – General Foreman, Paul Jurlow and his crew of carmen primed and painted the first coat of yellow. 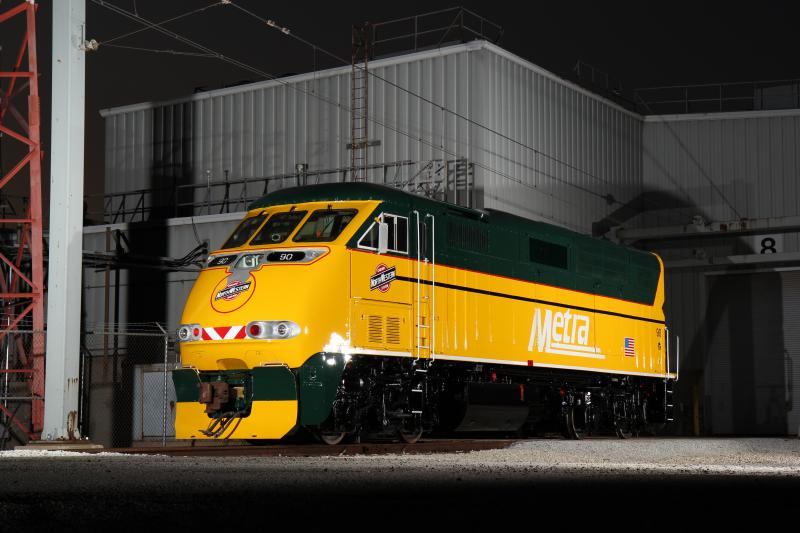 “It looked like an overgrown school bus,” Jurlow joked. But as decals, additional colors, and details were added, the beauty of this design came into focus.

The locomotive features a green roof extending to the bottom of the engineer’s window. This green is accented by a one-inch red stripe that separates the green from the yellow. Another stripe, three inches wide and black, extends from the center of the C&NW logo.

“We played off the colors in the decal to give it a little pop,” Jurlow said. “We’re always looking for a way to make it pop.”

At the tail end of the locomotive, the yellow, green and red slide up, creating the swish seen on other Metra locomotives, once more exemplifying the old meeting the new.

The C&NW is the fifth Metra locomotive to receive an honorary paint job as part of its regular rehab. The five others include: Locomotive 402 honoring the state of Illinois; Locomotive 425, painted in Rock Island colors and named for former CEO/Executive Director Don Orseno; and Locomotive 405, the Milwaukee Road heritage unit, which were all painted in house at KYD; and Locomotive 211, the CB&Q heritage unit completed by Progress Rail in Georgia.