Donald A. Orseno was appointed to the Metra Board of Directors in December 2019 by the Will County Executive.

Mr. Orseno was appointed as Metra’s acting Executive Director/CEO in August 2013. In January 2014, when the appointment was made permanent, he provided overall leadership and direction to all areas of Metra operations and administration to ensure that the agency achieved its vision, mission and goals, including oversight of Metra’s $1 billion annual budget.

Mr. Orseno began his career in 1974 at the Chicago Rock Island and Pacific Railroad Company.  In 1984, he began working for Metra and held progressively responsible senior leadership positions, formerly serving as Metra’s Deputy Executive Director/COO prior to Executive Director/CEO.  Mr. Orseno worked in the railroad industry for 43 years and retired from the agency in December 2017.

During his service with Metra, Mr. Orseno was a member of the American Public Transportation Association’s (APTA) Board of Directors, and also served as Chairman of APTA’s Commuter Rail Committee and Chairman of the Commuter Rail CEO’s Subcommittee.  He was also a member of the Safety Operations and Management Committee (SOMC) of the Association of American Railroads (AAR),  the Transportation Technology Center, Inc. (TTCI) Board of Directors,  the Eno Center of Transportation Board of Advisors Executive Leader Subcommittee, the Association of American Railroad Superintendents, and the Chicago Railroad Superintendents Association (CRSA). 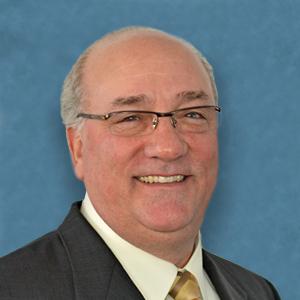